The Concept Maneuver in the Narrative Space 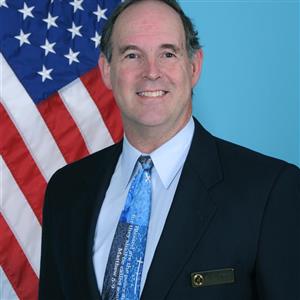 Mr. Dempsey is a retired Naval Special Warfare (SEAL) officer with over 28 years’ experience in Naval Special Warfare and special operations.  He is currently the Academic Chair to United States Army Special Operations Command for the Joint Special Operations University.  Prior to his current position he was the Maritime SOF/Naval Special Warfare analyst and Director, Special Operations Planners Course for the Joint Special Operations University. Mr. Dempsey graduated from Basic Underwater Demolition/SEAL (BUD/S) training, class 100, in 1979.  His first operational assignment was as a SEAL Delivery Vehicle officer with Underwater Demolition Team Twenty-Two.  Additional assignments included SEAL Team Two, SEAL Team Four, and Naval Special Warfare Group Two.  Bill spent three tours with the United State Special Operations Command serving as a joint force planner, joint doctrine officer and joint education officer. Mr. Dempsey served as the Chief, Office of Defense Cooperation, U.S. Embassy Bucharest, Romania and as the Deputy for the Advisory Support Team to the Iraqi Navy, Multi-National Security Transition Command- Iraq.  He served as a SOF representative to the War Gaming Department of the Naval War College. Mr. Dempsey is a distinguished graduate of the Naval War College.  He has a BS in Secondary Education from Duke University and holds a Master of Arts in National Security and Strategic Studies.

LTC Brian L. Steed is currently a PhD student at the University of Missouri-Kansas City (UMKC). He holds a MA in International Relations from Vermont College of Norwich University and a BA in History from Brigham Young University.

Lieutenant Colonel Brian L. Steed has served in uniform since 1989. He has been an enlisted artillery soldier, an armor officer, and a Middle East Foreign Area Officer. He arrived at Fort Leavenworth after serving for eight and a half consecutive years in the Middle East including assignments in the Levant (Jordan and Israel), Mesopotamia, and the Arabian Peninsula (United Arab Emirates). He served briefly in Iraq in 2005, a full year in 2010-2011, and again December 2014-February 2015. He was a Jordanian Army Officer as part of the Military Personnel Exchange Program for two and a half years and a liaison to the Israel Defense Force. His command and staff experience includes every level from platoon through three-star staff as well as in several embassies.

Areas of academic research interest include the Islamic States (ISIS); Maneuver in the Narrative Space; influence operations; Middle East political, diplomatic, and military history; Global War on Terrorism related history and security studies. He is a member of the Society of Military History and the Fort Leavenworth Historical Society.