New America and Arizona State University along with co-sponsors Joint Special Operations University and Strategic Studies Institute of the U.S. Army War College are pleased to invite you to the 2022 Future Security Forum, which will be held online September 13, 2022.

The Forum is the premier annual event of New America and Arizona State University's Security project - a research, education and policy partnership that develops new paradigms for understanding and addressing new and emerging global challenges. Forum sessions will assess the state of global affairs, from revisiting the security situation in Afghanistan one year after the Taliban takeover, analyzing the rise of domestic extremism, and planning for future cybersecurity threats.

*This live ThinkJSOU Webinar will take place on Zoom. Upon registering, a meeting link and passcode will be sent to your email on file.

Aden Magee operated as the commander of a highly specialized CI element in West Germany during the culminating decade of the Cold War, which enabled him to pull together an unprecedented story with broad historical context. He is a retired U.S. Army officer, CI agent, and veteran of foreign wars. He has worked as a consultant to senior executives in the Department of Defense (DoD), the Department of Homeland Security (DHS), and the Federal Bureau of Investigation (FBI) since his retirement from the Army in 2005. He is a published author with over 50,000 books sold. He is widely published in reputed intelligence and security journals.

Lt. Gen. Robert Ashley, former DIA director and retired U.S. Army officer stated in ARMY magazine that This book should be required reading not only for intelligence professionals but also for senior leaders making decisions on force structure so they better appreciate the impact our counterintelligence force can make when properly resourced.

Register today to secure a space for this webinar that is sure to unveil some of the cold war mysteries surrounding intelligence and CI. 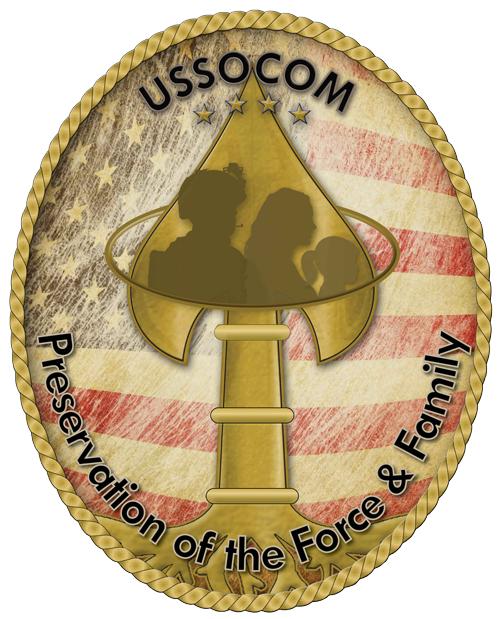 August 2022 iteration of the Preservation of the Force and Family (POTFF) Orientation Course.

The POTFF Orientation Course is a 2-day online class that informs participants on the history of Special Operations Command, the 5 domains (Cognitive, Physical, Psychological, Social & Family, and Spiritual), and policies specific to POTFF.  The course is intended to be interactive as participants actively engage in discussion.

After this course, participants will have a greater understanding of how POTFF efforts directly serve operators. 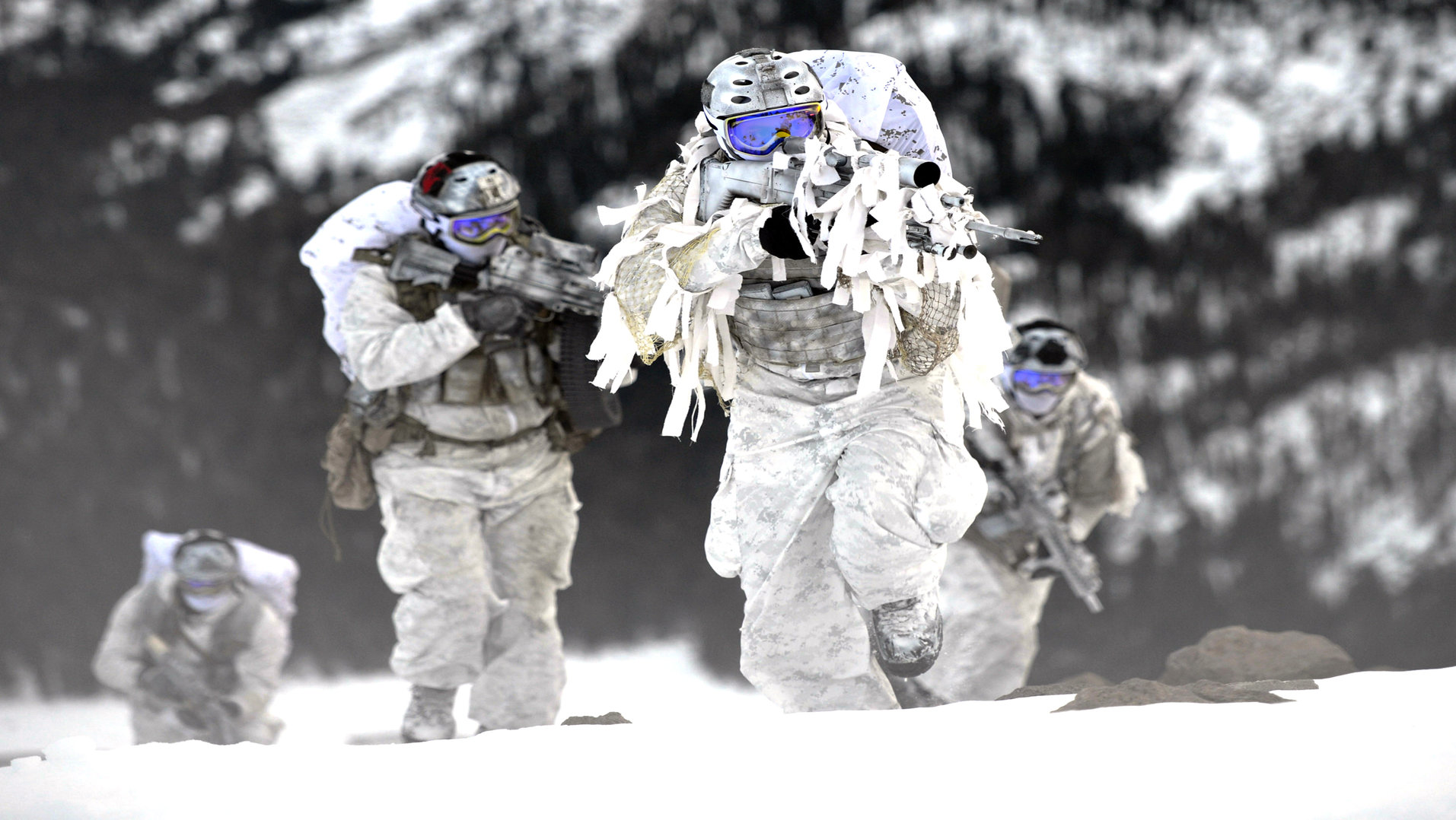 On 1 June 2022, JSOU participated in the 17th International Conference on Design Science Research in Information Systems and Technology (DESRIST). President Dr. Isaiah "Ike" Wilson presented an introduction on the Future of the SOF Profession, the complexity of the Compound Security Environment we operate in, and how design science can help us understand, frame, and ultimately engage the puzzles we are faced with. The JSOU Team then participated in the DESRIST Conference's Industrial Workshop, facilitating two discussions on the topic of Illegal, Unreported, Undocumented Fishing (IUUF), a topic chosen by JSOU as an ongoing research effort in the context of influence and great power competition. Finally Peter W. Singer gave a Keynote Address on the topic of narrative storytelling to influence decision-makers and thereby decisions. Various breakout sessions and panels took place simultaneously, and many interesting and useful papers were submitted for discussion in the DESRIST Conference, all of which are available at the link found in the Executive Summary included in this Forum Page under Documents. The JSOU Forum herein, titled "Reimagining the Compound Security Environment and the Future of Special Operations: Enhancing Understanding by Using Design Science Research", is a virtual forum presented digitally by JSOU at jsou.edu. This means that the Forum itself includes all the materials found here at this website, all materials are presented digitally, either in the form of papers or recordings. We believe there is something of use for everyone in the SOF Enterprise here, so check out the JSOU President's Opener, the Executive Summary, and the Keynote Address from Peter W. Singer first, and explore from there if you are particularly interested in design science. The DESRIST 2022 web page can provide further information on related topics.

The Concept Maneuver in the Narrative Space

The Fourth Age of SOF: The Use and Utility of Special Operations Forces in a New Age: History, Theory and Future Practices 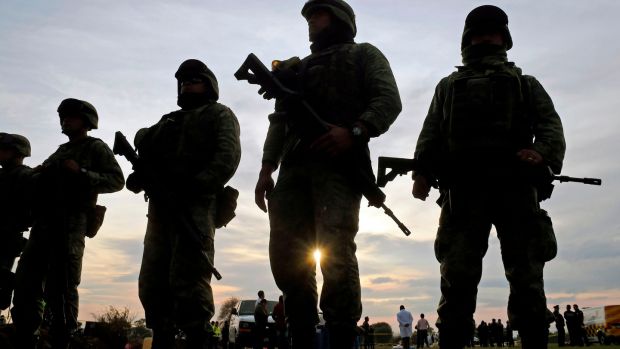 In a world increasingly defined by the Compound Security Dilemma and marked by conditions of volatility, uncertainty, complexity and ambiguity, no component of the military element of national power is better prepared to help secure vital U.S. interests than the nation's Special Operations Forces (SOF). U.S. SOF is ever-evolving in order to meet the challenges of an uncertain future, which now sees the dawning of a Fourth Age of SOF. An understanding of the ways in which SOF previously deterred conflict and combatted the nation's enemies is necessary, but not sufficient, to meet the challenges of the future. With an eye on the past and a focus on the future, this forum provides a platform in which to consider, debate, and explore what are sure to be many answers to the question, "What kinds of personnel, capabilities, authorities, mission sets, equipment and doctrine will best prepare America's Special Operations Forces to succeed  in the Fourth Age of Special Operations?"

Special Operations Forces (SOF) Support to Resilience and Resistance: Geostrategy in an Era of Compound Threats

﻿As far back as its origins in World War II, support to National Resilience and Resistance Operations has long been a core competency of Special Operations Forces (SOF). As expansionist authoritarian powers threaten U.S. partners who resolve to push back against subversion and aggression, SOF must be prepared to support partner resilience initiatives. Furthermore, in the event of armed aggression, Joint SOF must be prepared to transition from support to resilience to support to resistance operations. Such operations will likely be carried out in denied or contested environments and require support from the services and collaboration with joint, interagency, intergovernmental, and multinational partners.

This Forum will provide a platform in which to consider, debate, and explore bold and innovative joint SOF-supported trans-regional approaches to resilience and resistance in the context of compound threats, most especially at key geostrategic locations that are consequential for the preservation of the liberal international order.

Special Operations 20 Years After 9/11: Harvesting History to Forecast the Future

For the past two decades the United States has largely focused on wars in Afghanistan, Iraq, and counterterrorism operations in response to the 9/11 attacks. Although the U.S. has adjusted its focus away from these conflicts and towards strategic competition, the national security institutions executing the policy change have been shaped by the Global War on Terror (GWOT) and the operational environment it produced. With the rebalance towards strategic competition, SOF practitioners and their partners must appreciate how the recent past shapes the present and forecast what changes are required to be effective in the future compound security environment. Embracing this reality, JSOU's 4th quarter, FY21 "Future of SOF" Virtual Forum will reflect on two important factors that shaped the GWOT operational environment and will continue to shape the compound security environment:  the expansion of the SOF/IC relationship and the technologies that inform and enable operations.

A Look at the Indo-Pacific and Beyond

The imperatives of diplomacy and alliances are again of central focus, and the status of the underlying strategic logic of the United States, China, Russia seeking relative advantage is once again, and still, quo. If anything, the recently released Interim National Security Strategic Guidance highlights that strategic competition is centered more specifically on an increasingly assertive China than a disruptive Russia and that U.S. foreign policy needs to focus on Europe, the Western Hemisphere, and the Indo-Pacific, and be viewed and approached through the lenses of intersectionality, convergence, and compound security. In this, JSOU's third forum on Great Power Competition, we turn our attention to the way strategic competition is playing out in the Indo-Pacific in particular, and neighboring and inter-linked areas more generally. This examination focuses specifically on the ways that risks are being anticipated, calculated, and managed in order to prevent competition from leading to conflict.

﻿The Exploring SOF Identity Forum is for ALL levels of special operations professionals, academics and stakeholders in the special operations enterprise. We seek a diverse audience to engage in discourse on topics including:  1) SOF Utility, 2) Ethics, 3) Emergent and Disruptive Technology, and 4) Diversity and Inclusion. These are some of the most important topics for special operations currently, and our goal is to engage a broad audience - senior leaders, leaders, operators, and academics, any of whom may be engaged in strategic, operational and/or tactical level commands - with unique experiences and ideas in order to truly EXPLORE these emerging problem-sets. Discourse among divergent minds is the objective - getting after the right questions, correctly framing the problems, opening minds - not so much solving the problems at this point.

This event combines the strategic insight and experience of senior leaders from our strategic, operational, and tactical JSOF formations with the theoretical, analytic, and emerging research perspective of top scholars from the DoD. Key topics for the upcoming November 2020 GPC Forum include discussion panels exploring the geostrategic nature of the GPC environment as being distinct from, as well as possibly similar with, many assumptions from the Cold War. Furthermore, the upcoming GPC Forum will explore the role that Westphalian state actors and non-state and sub-state actors play as both adversaries and partners in the compound security environment. The forthcoming forum will explore the emerging challenges to the current global order to better understand the myriad strategic intents of partner forces and adversaries as part of a broad network of international actors. The forum will also analyze varying approaches for gaining "intellectual overmatch" in GPC and understanding how emerging complexity and subsequent paradigm shifts will challenge the global strategic future. Lastly, the upcoming GPC Forum will allow senior leaders, scholars, and stakeholders to apply the newly uncovered knowledge about the GPC environment into the integrated campaign of practice and drive options for future strategic designs, from a combination of thinking-to-know and thinking-to-do innovative design and applied research techniques.